The Three Chapters of Halloween 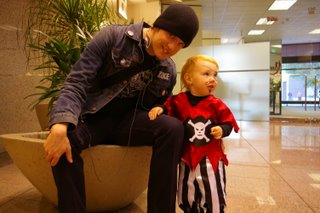 Uncle Aris had to see Rhett in his costume. Here they are at Dan's office. Rhett and I were stopped twice on our way. First by someone who wanted to take a picture of Rhett with his phone and second by someone who ran out of Embers to give Rhett some candy. 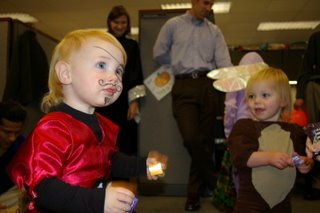 We went to Dan's office for a little trick-or-treating. His favorite candy was the candy that would make noise when he shook it. Nerds was a favorite. Here he is making music with a monkey. 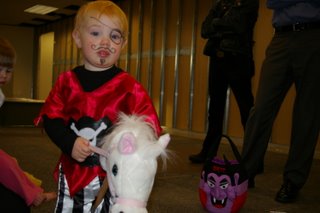 Haven't you ever seen a pirate on a pink horse? 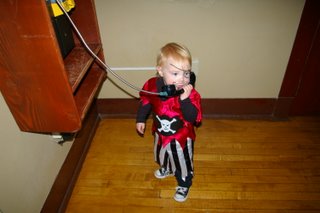 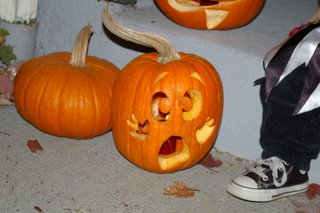 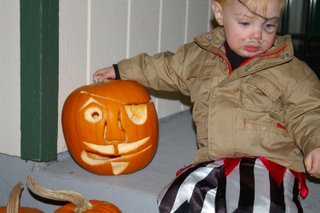 Here are the pumpkins we carved. Mine is the pirate and Dan's is the ghost with the "jazz hands".
Well, halloween is over. No more "Halloween guys", "Halloween houses", or "Halloween pumpkins".
Posted by Autumn and Dan's family at 3:13 PM

that costume turned out so cute! i wish we could have carved pumpkins together. my disco ball pumpkin could have used your crafty touch.:)