We went to the park this week to see Captain Bogg and Salty, Rhett's favorite pirate band. We went with our friends and had a great time. Now that Rhett knows many of the songs he was very excited to see the pirates performing the familiar songs. They started with his favorite song and you should have seen his face! Elliot and Rhett had a blast dancing and running circles around an old couples blanket. I don't think that couple knew what they were in for going to see a pirate band. 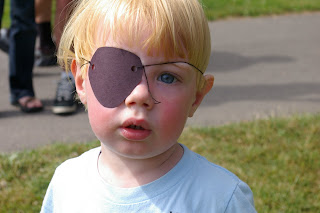 Here is the cutest pirate ever! 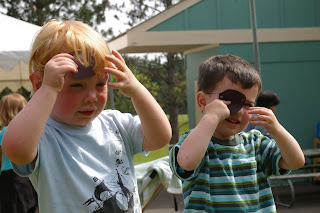 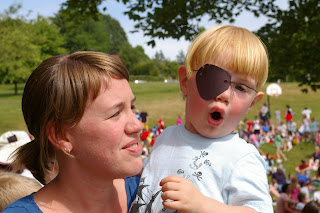 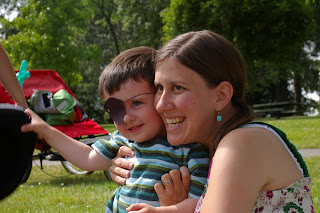 Our friends Talia and Elliot. 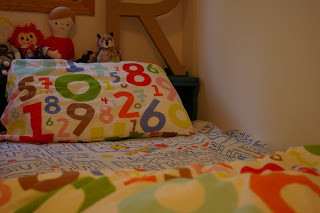 It is official...Rhett sleeps only in his "big boy bed". As a matter of fact, he loves it and so do we! In an attempt to get rid of a really annoying bedtime toy I have introduced Rhett to classical music when he goes to bed. Now in the morning and after his nap he asks to listen to his cd again and doesn't want to get out of bed until after he listens for almost an hour of his new "special music". I try to get him out of bed offering Pirate Booty or oatmeal, but nothing works. I may be a biased mom, but I'm pretty convinced we have a prodigy child.
Posted by Autumn and Dan's family at 12:57 PM

I think so too. He was nice to give up his bed for his Gramnps. Love Gramps

I wish I could see them live. I enjoyed the traveling to Spokane music of Captain Bogg "OH" and the Salties. Did he change "Band Mates". . . Love Dad