My Dad, Spokane, and Gramps 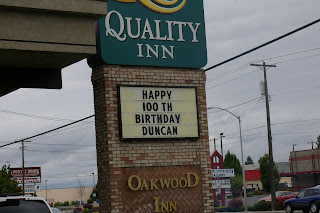 My Dad, Aris and the three of us drove to Spokane to celebrate my Great Gramp's 100th birthday. It was basically a family reunion with family from all over that we haven't seen in many years. The most amazing site was my Gramps. I expected him to be sitting on a throne in the party room, but he actually didn't sit down almost the whole party. What excited me the most about him was his incredible quick wit! Everything was a joke. Dan saw him getting his own food and said that he thought someone should be serving him. Sarcastically Gramps said, "No one thinks about me anymore." He had everyone roaring several times during the party. He also remembered all of us. He asked Aris about his drumming and he asked Dan about Law school and about his career. I could go on and on...AMAZING is all I can say about my Great Gramps Browning! 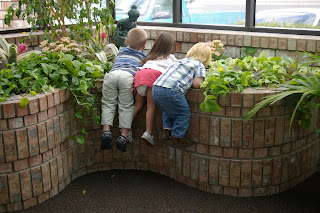 Here is a great picture of Rhett and a couple of the other kids playing. 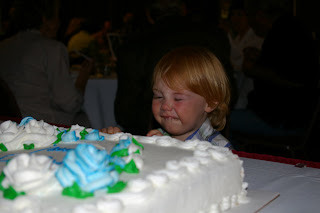 Here is Rhett when I told him to only look at the cake with his eyes. 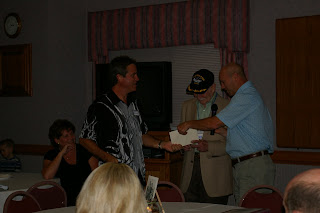 I'm a little disappointed I didn't get a picture of the huge knife cousin Robert had in his right hand to open up the letter from president Bush. There is a head in the way! Let me just say, Robert is one of the flying Elvis in Las Vagas that jump out of airplanes. Enough said... 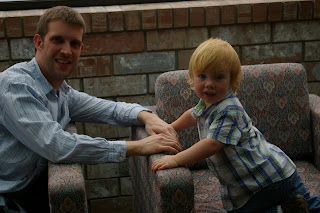 My handsome boys in their party shirts. 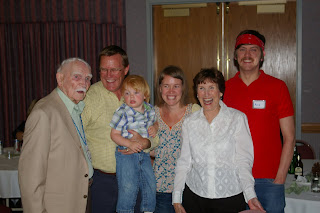 Here is a picture of five generations! We are laughing because Gramps just told a joke. 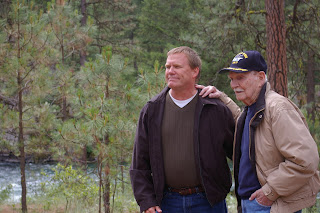 My Dad and Gramps where they like it best...in the forest. 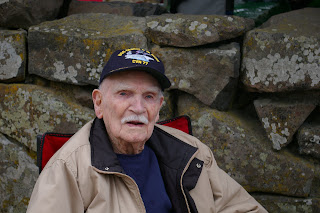 Here is Gramps sitting down for the first time at the picnic. He even ate standing up holding his plate. 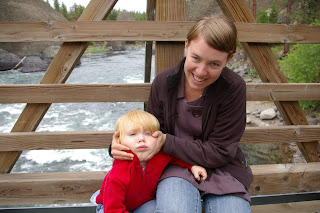 Here we are at our last stop in Spokane on the swinging bridge at the park. This was the only way I could get Rhett to look at the camera. We had such a great trip. I just hope it is not another five years before I see my Great Gramps again.
Posted by Autumn and Dan's family at 7:53 AM