We are back from sunny, 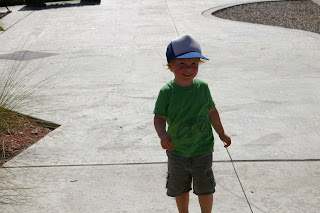 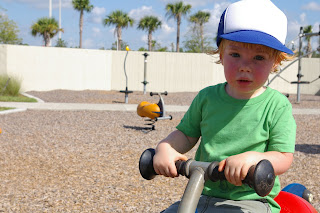 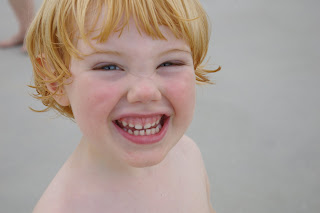 We had a some great time on the beach. We tried to go in the evening or when it was a little overcast. Us Oregonians can't handle the heat! 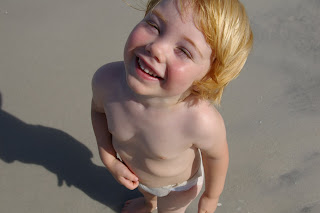 Here is Rhett and my Dad swimming. 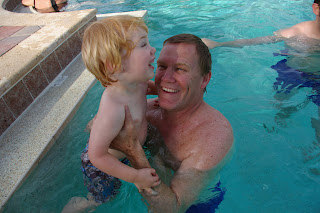 Rhett has a new doggy friend. His name is Tucker and he is a GoldenDoodle. Rhett love wrestling with Tucker on his bed. 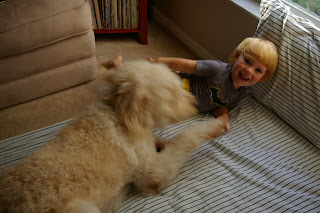 Dad and Debbie were great to have a bike waiting for Rhett. Rhett didn't mind that it was a girl bike. We didn't think he knew the difference, but he called it his "girlie" bike. 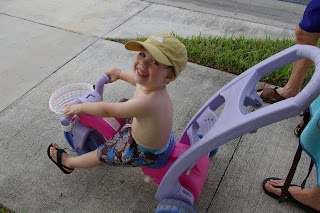 Here is the "private plane" we took from Fort Meyers to Tampa. 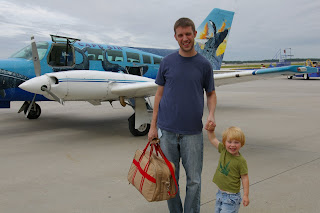 I am not the greatest airplane passenger. I was really nervous about this plane, but I planned on putting on a brave face for Rhett. I was ok for about half of the flight. I couldn't look out the windows, so I basically meditated with my eyes closed. Every once in a while I would tell myself that as long as the sounds don't change or the pilot doesn't start talking on his radio then we were fine. Well it started with a weird cracking noise. I watched the pilot look at each of the propellers. Then the noise got really loud. The pilot looked at us and shrugged his shoulders. He didn't know what the noise was! That sent me over the edge. Let me just say I'm glad Rhett was asleep, because I didn't have my brave face on. I kept imagining a bird stuck in the engine and bringing us down. The noise lasted for about 15 minutes. When we landed the pilot said he thought the noise had something to do with the vents. I don't think I'll be going on a ride on a small plane like that again.
Posted by Autumn and Dan's family at 8:12 AM

Glad you made it back safely, but wish you were still here with us all. To say the least we miss you all very much. Thanks for coming to visit. Tucker has been sad without his friend Rhett. Not to mention Gramps. . . He has been reading Skippy John Jones stories at night to himself to cheer up. Grammy misses "the little" kitchen counter helper. Rhett's foot print mosaic tile turned out great. some great special memories this trip. So great to be with you all. Love you all very much. Dad-Gramps