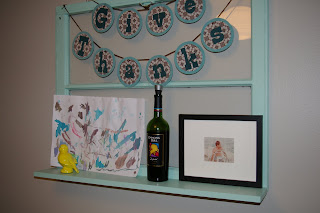 We are thankful for this boy! This is his new favorite game. He brings "Blue" under the curtain and hangs out looking out the window and talking to "Blue". 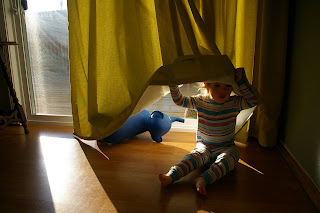 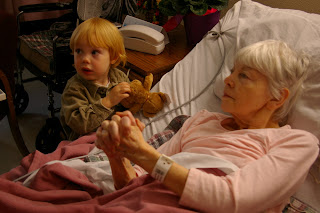 We are thankful for our new windows! I'll show before and after pictures later. The new windows have completely transformed our house! 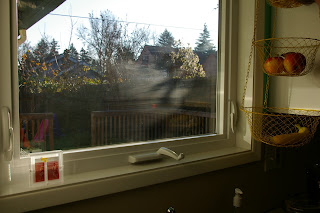 We are thankful for great food made with love. Thanksgiving dinner didn't exactly go as planned though. First, after an hour of cooking the oven got accidentally turned off. I didn't find out for almost an hour. Than after another 2 hours of cooking we realized our oven wasn't working properly. Yes, our oven broke in the middle of cooking a Thanksgiving turkey. Not to mention the green beans and stuffing that needed to be cooked in the oven. It turns out that the bottom element in the oven is broken. So, the oven wouldn't get warm enough. After a total of 5 and a half hours of cooking a 14 pound turkey we took it out of the oven. Thankfully the breast of the turkey was cooked enough to eat, but the rest of the turkey was pretty much raw. We were able to cook the other things on broil, but even that didn't seem to work too great. Oh, well. We still had a nice dinner. It is a funny story to tell, along with setting the green beans on fire 2 years ago. 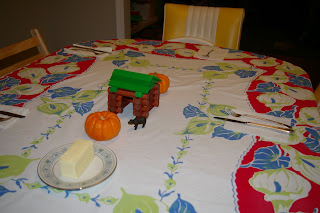 We are thankful for our cat Billy too! You can't tell from the picture, but he is under the blazing fire. 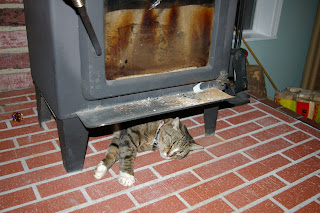 We are also thankful for all our great friends and for our many other blessings. We are thankful for the opportunity to adopt and bring another baby home for next Thanksgiving.
Posted by Autumn and Dan's family at 9:02 AM

We are thankful for you all. You were here with us as well as us being with you in spirit this Thanksgiving. Maybe Dan can try his hand with the turkey on the grill next year. I'm sure Bobby Flay has a recipe for that. . . If not call Dad. Don't worry it happens to the best of us, Grandma tried to serve us a raw turkey one year. It happens. . . It's memories!! BE THANKFUL FOR IT ALL. . . LOVE DAD-GRAMPS

aww! quite happy to see the little birdie propped next to artwork, which must have been done by your son! wonderful! ..that is too funny..I wonder just how many ovens around the country end up calling it quits on Thanksgiving haha.. Glad you and your family had a loving one!
-Caitlin