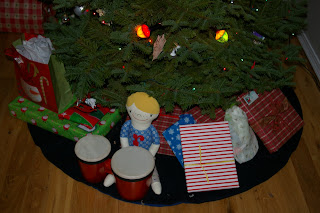 Rhett loves his bongo drum from Santa! Once again Santa gets all the credit! 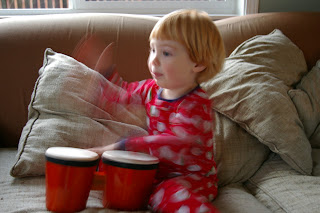 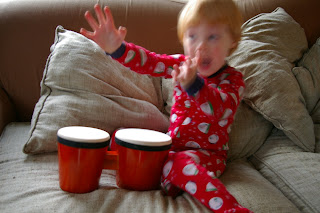 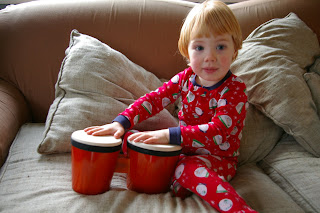 Snow on Christmas? They said there was a 1% chance...SNOW! 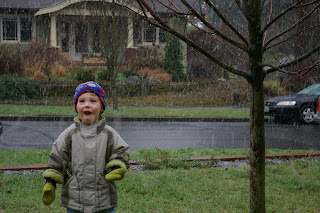 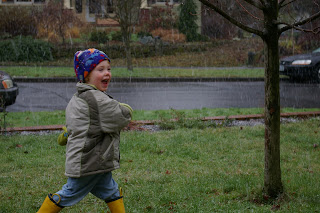 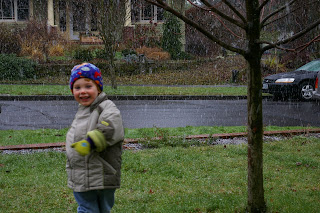 Dan and Billy had a nice Christmas rest. What did I do during Rhett's nap? I worked on Rhett's birthday present! 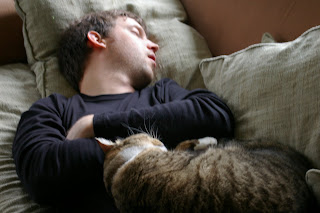 We took Mimi out of the rehab center for Christmas. She did great, but wasn't very comfortable with the traveling part. I also thought I would include a picture of my brother, the drummer of Order of the Gash. 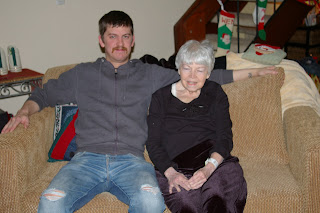 I love this garage by Vilac from my mom! No lead, no electronic sounds, no plastic, and lots of imagination! 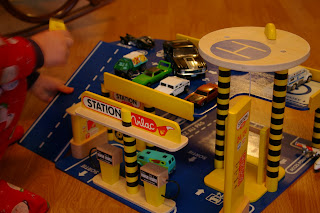 I think I like Rhett's toys more than him! Well, I did pick them out after all! Look at how cute this pirate ship is by Plan Toys from Mimi and Grandad... 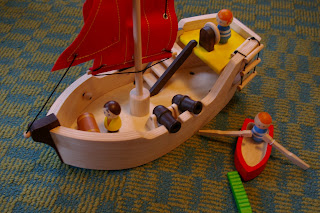 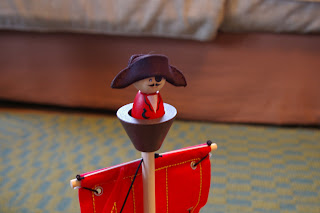 Adoption update...we are still waiting to hear from our social worker about the homestudy. Our Dossier is really organized though...we hope to be officially on the waiting list by the end of January!
Posted by Autumn and Dan's family at 9:09 AM

Rhett's toys do look cool. . . Can't wait to play with them myself on our visit! Christmas looked fun and peaceful (For Dan!). Good to see Aris debuted on your blog. I had to do a double take on the picture, had a look of me in certain ways a quarter of a century ago. . . Missed you all. Need more pictures of the Blogger on this BLOG! Miss you all!!!!

I want the drum!