It is officially Christmas time. I have decided to embrace the whole "Santa" thing. How could I not when we got the chance to visit with this jolly, lovely Santa. He was wonderful. Rhett said, "His beard isn't on his mouth!" He was remembering the weird Santa that we visited earlier in the month. 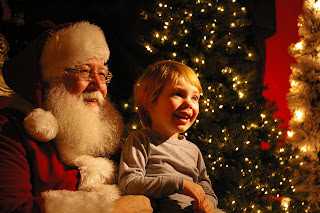 Here is Rhett telling Santa about the car toy he wants. 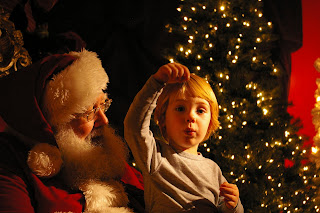 What, it's time to bring our pumpkins in and cook them? Oh... 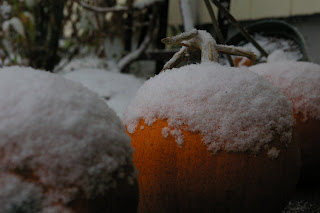 We had a snow day yesterday. Rhett and Dan had fun outside for a little bit, but it was way too cold for me. I went out long enough to take a few pictures. When we showed Rhett the snow outside in the morning he asked, "Is it really real snow?!" He has been used to seeing displays of fake snow and fluff. 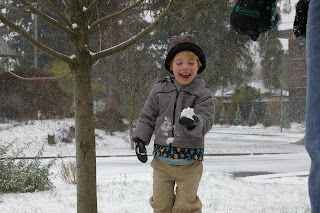 It was a beautiful day! 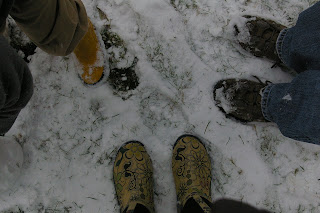 We had our neighbors over last night for a little "snow day" fun. We sat by the fire and decorated gingerbread houses. 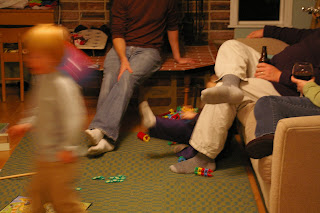 Martha S. did it again. Thanks to this gingerbread recipe and this hot chocolate recipe, our night was a (mostly a) success. The icing could have been a little more "fast setting." 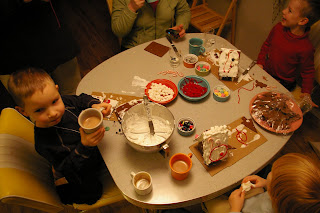 Nate's one of a kind...his was the only one to totally collapse. He took it like a champ. 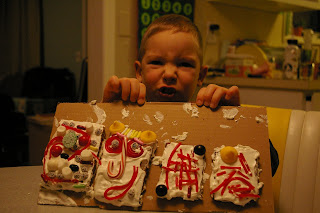 Chris and his masterpiece... 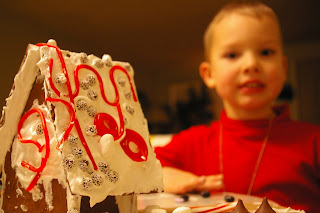 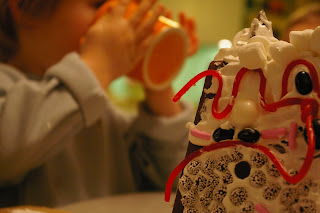 That was fun.
Posted by Autumn and Dan's family at 8:40 AM

What a fun day! I'm totally going to try those recipes.

What a great series of holiday joy. The snow looked like fun
(NO SNOWMAN ??) and the Gingerbread Houses looked like a kick with the kids, wonderful creative stuff for them. Santa did look a bit more exciting for Rhett. . . all SMILES!! REAL SMILES!!! Love to you all.