First a sequence of photos from our Christmas tree hunt... 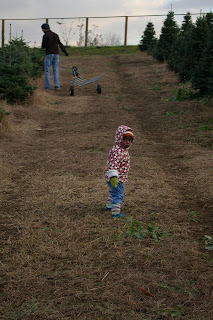 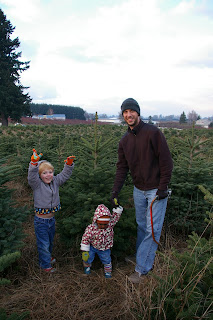 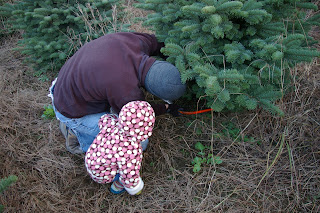 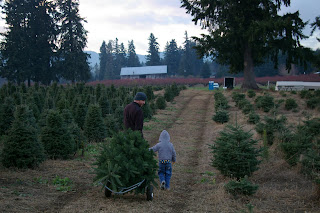 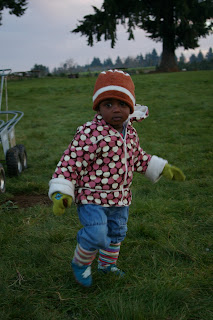 We had breakfast with Santa and Nana last weekend at Kennedy School. This was a more pleasurable way to visit Santa...rather than the mall. 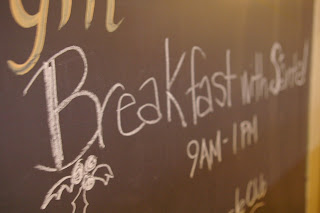 Rhett needed to hold Dan's hand while giving Santa his wish list. When we thought he was asking Santa if it was ok to ask Santa for three things...he was really asking Santa if he would bring him three things. Good thing Santa said he would have to talk to his elves. I don't know what we are going to do for Rhett this year. One thing he wants is for ages 9 and up and the other thing breaks the bank (a drum kit...really?). 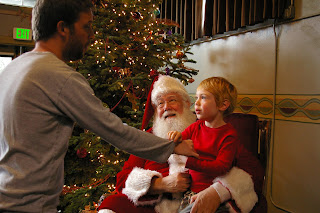 Mezmur was begging to sit on Santa's lap. No tears here. Although, the next photo she is doing her "all done" sign. 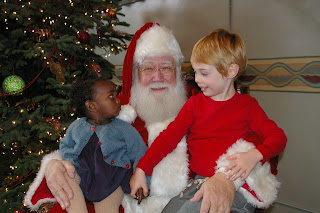 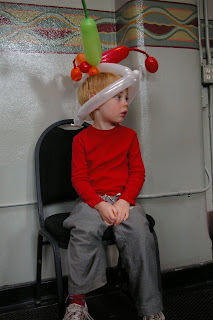 Posted by Autumn and Dan's family at 2:11 PM

Ahh! Cute and so fun.

didn't know kennedy school did santa...way better than the mall!! I will have to look into that next year!

I have been too late to make reservations for this for 3 years running. When do you do it? August? I really want to go next year! How sweet.

A drum kit? Aren't you supposed to have, like, another 8 or 10 years before your son joins a rock band?

On the other hand, I think it's totally awesome and says wonderful things about your family that your son wants something for Christmas that would allow him to be creative.

How fun finding a real tree to cut down. I've never gotten to do that. It looks cold. 84 here in Floriday today. It doesn't quite feel like Christmas. Miss you all

I miss Christmas in Portland. I loved cutting our own Christmas tree. I still remember the first year we did that in Portland. Santa will know what to do regarding Rhett's requests. A drum set can come (1) piece at a time. I remember when I was a kid first playing one snare drum. Perhaps some family members have some hand me downs that Santa can use to start and build from there. That's something Rhett holding Dan's hand at the same time he was talking to Santa. . . Did Dan ask something from Santa at the same time. Loved all the pictures but really making me miss a Portland Christmas. Missing you all. Love to all. . .