Rhett had his second recital yesterday. He did a great job. He loves recital day, but ask him to go to lessons or practice and you would think I was asking him to clean out the cat box. He begged for lessons for years and now he is done, but he has learned so much, so this mom isn't ready for him to quit. Don't get me wrong...he still loves the piano...just not the organized part of piano. He still loves to compose his own songs. He is going to compose songs for movies when he grows up. Right now, he likes to play the storm trouper march song from Star Wars that he figured out how to play on his own. Here is the video from his first recital. The video isn't up yet for yesterdays recital. He is first in the video and it is worth the watch. I'll post yesterdays performance when it is up. 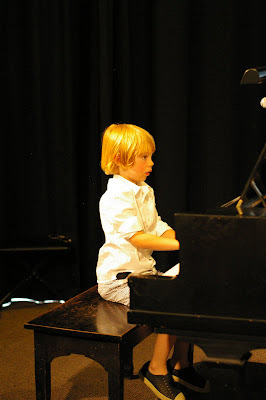 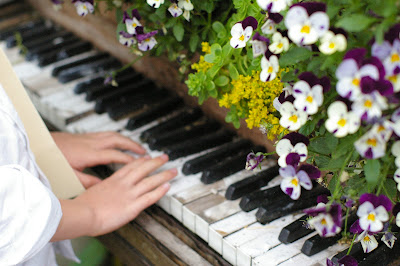 Just in case you think Rhett is all sweet and charm... 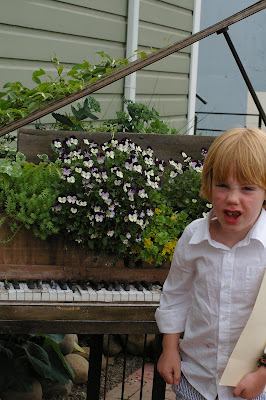 To celebrate we went to the pizza restaurant with the pump organ Rhett loves. He declared, "The pump organ is my favorite exercise." Too bad that don't offer "pump organ" in PE. 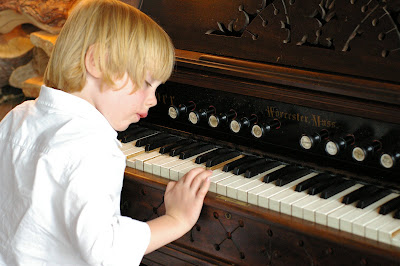 Posted by Autumn and Dan's family at 7:11 AM

Extremely sweet! I can't wait to see the recent recital video. I LOVE the first one.

I couldn't get the first one to work for me. I'm sure it was me. Hopefully this one coming will work for me. Kills me I miss these things. I'm sure he did great, can't wait to see it. Love Me. . .