Last night was Last Thursday.  A street fair on our neighborhood street that happens on the last Thursday of every month.  We haven't gone for years, because I don't do well with crowds.  The street fair that used to be on the sidewalks only...has become a raging street party with the street blocked off to traffic.  It was sensory overload and I could've done without "underwear guy." 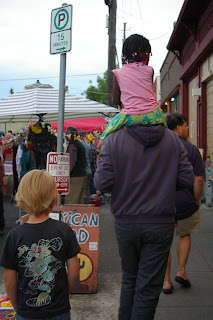 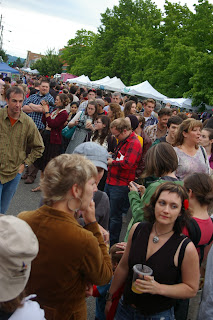 We decided it was a great idea for Rhett to set up in front of a friends house who lives a few houses off Alberta.  It was perfect.  Just enough foot traffic, friendly neighbors, and one on one guilt to sell the lemonade and bean bags.  I mean, who wouldn't want to buy goods from these two sweet boys... 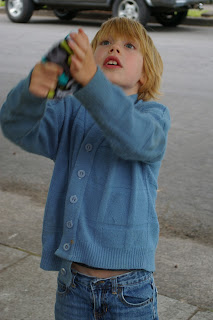 This photo was taken after he said, "Wait!  Mom I wasn't ready!" then he posed and..."smiled"...ok.  I guess he was smiling on the inside. 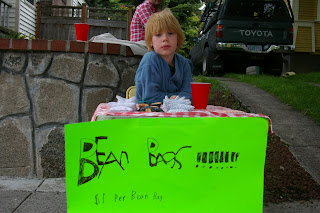 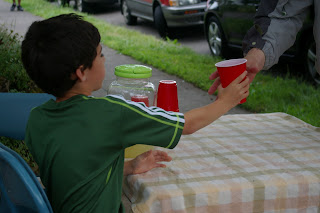 Rhett ended up selling all 16 of his bean bags. 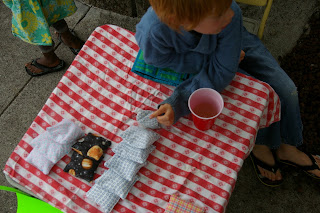 When I ask him what he is going to do with all the money he earned he shrugs his shoulders and says, "I'm going to just save it for now."
Posted by Autumn and Dan's family at 2:05 PM 3 comments:

It was a cool (we live in Oregon) summer's day and I was loosing my mind and it was only day two of summer vacation.  I thought I was organized with my charts, lists, and Pintrist boards.  Nothing was working.  I had a moody preteen boy on my hands.  I'm also struggling with his selfish attitude...normal, but selfish.  You know, only doing things that will benefit himself.  Then it hit me...he could make one of Mezmur's birthday presents I was planning on making her...a new pillowcase.  I just needed to teach him how to sew.  He LOVED the idea...and he was a natural. 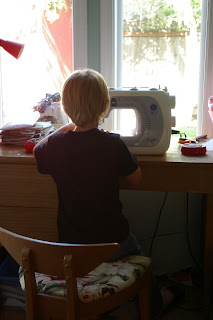 He helped me think of a good beginner project...bean bags! 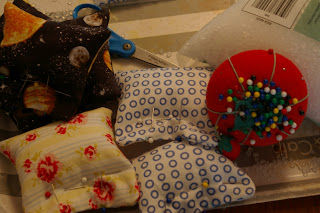 He was thrilled to make his first bean bag.  He declared, he wanted to sell his bean bags.   Then...one "biased mom" post on Facebook later and he now has orders! 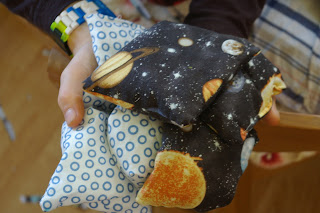 He has been a little hot and cold about sewing his bean bags though.  The other day he said it was boring...until I planted another seed.  Last Thursday!  He has plans to set up a little table with a friend for Alberta's Last Thursday.  He has been hard at work cutting, sewing, and making signs for his first street fair. 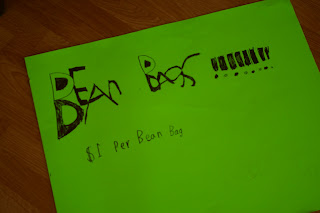 He even taught his friend how to make bean bags today! 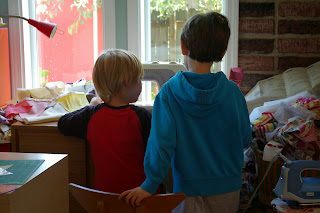